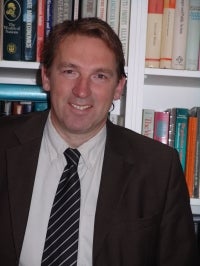 Jo Swinnen currently is Professor of Development Economics and Director of the LICOS-Centre for Institutions and Economic Performance at the University of Leuven (KUL). He holds a Ph.D from CornellUniversity.  He was elected Fellow of the European Association of Agricultural Economists and President—Elect of the International Association of Agricultural Economists.  He is Senior Research Fellow at the Centre for European Policy Studies (CEPS), Brussels and on the Programme Committee of the International Agricultural Trade Research Consortium (IATRC).  He was previously Lead Economist at the World Bank and Economic Advisor at the European Commission.  He also consults for the OECD, FAO, EBRD, UNDP, IFAD, and to several Governments.   He further acts as coordinator of several international research networks and projects on food policy, institutional reforms, transition, political economy, globalization and agricultural trade.  His latest books are “Political Power and Economic Policy”, “Global Supply Chains, Standards, and the Poor”, “Distortions to Agricultural Incentives in the Transition Economies of Europe and Central Asia”, “The Political Economy of the Reform of the Common Agricultural Policy”, and “From Marx and Mao to the Market”.Jo Swinnen’s Home Page